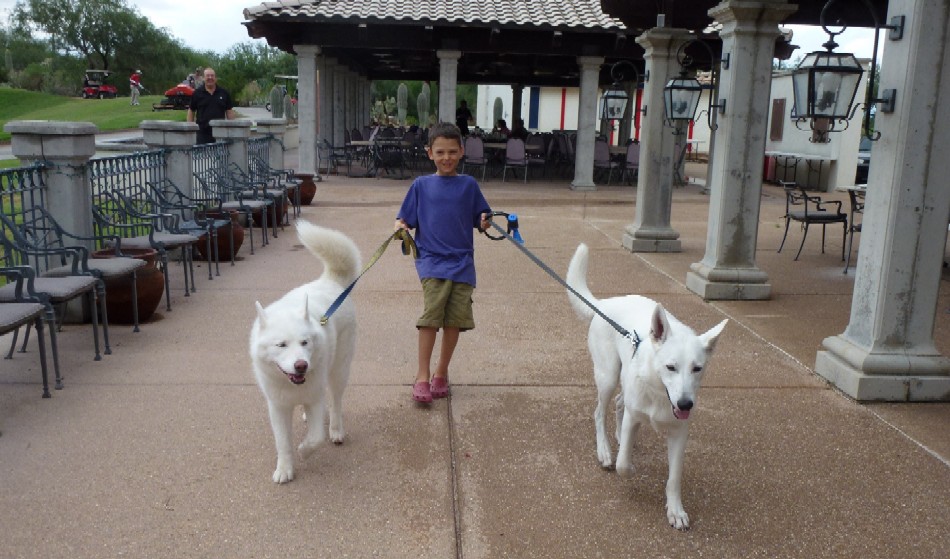 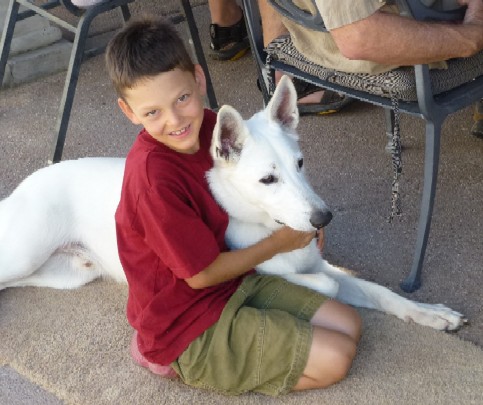 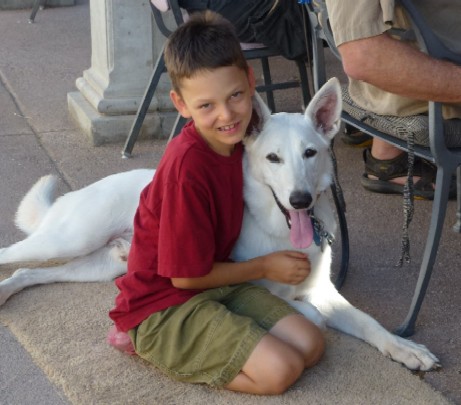 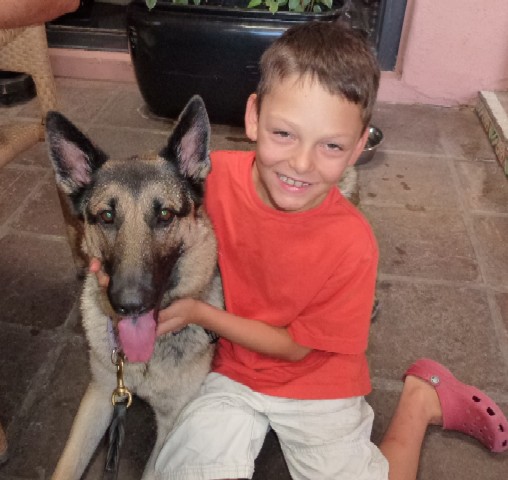 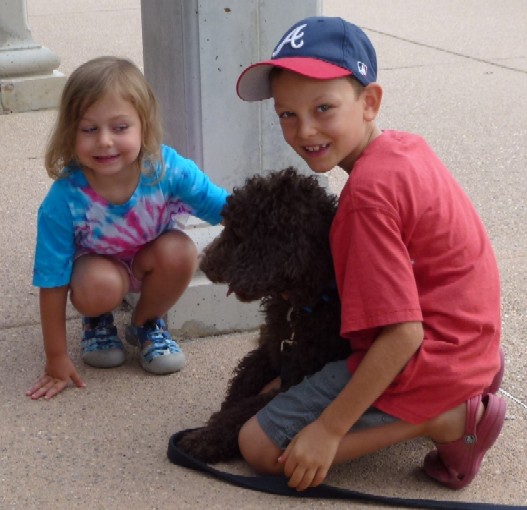 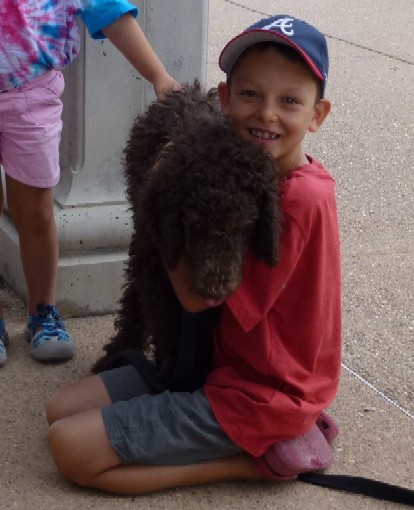 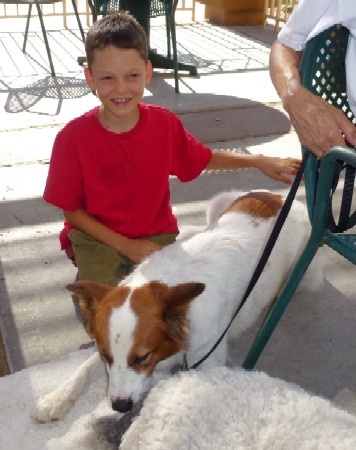 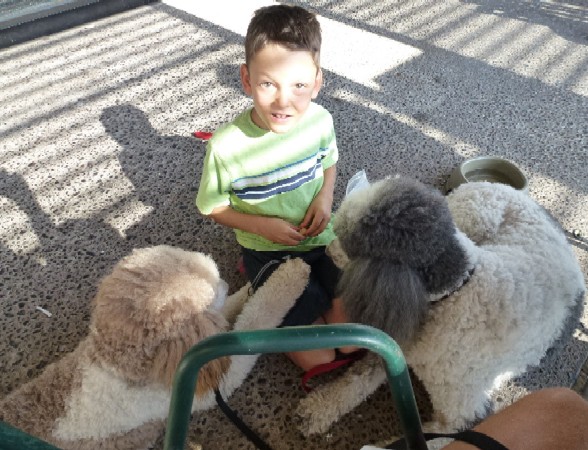 In the pictures above: Aaron is with Max again, then with Sheba, then with Benji, then with Sierra and with Garrett and Coco. 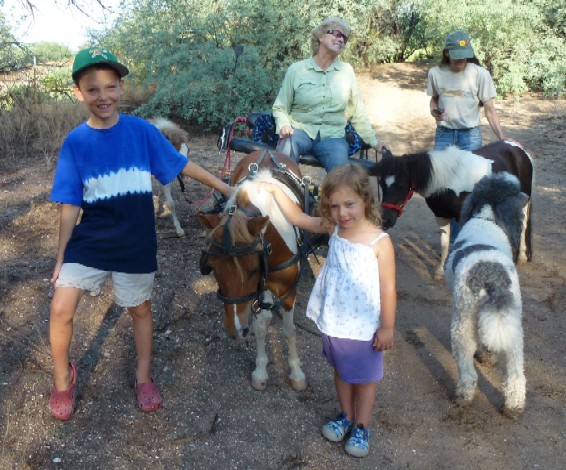 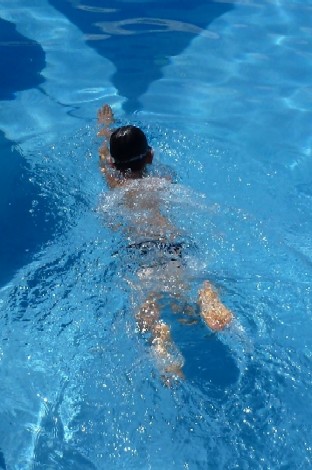 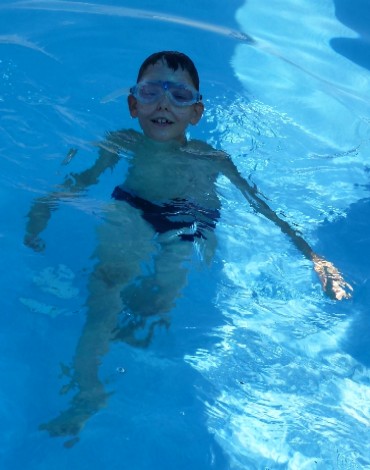 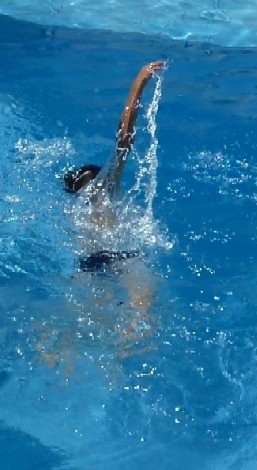 When not at the dog park, Aaron was learning how to swim and practicing hard 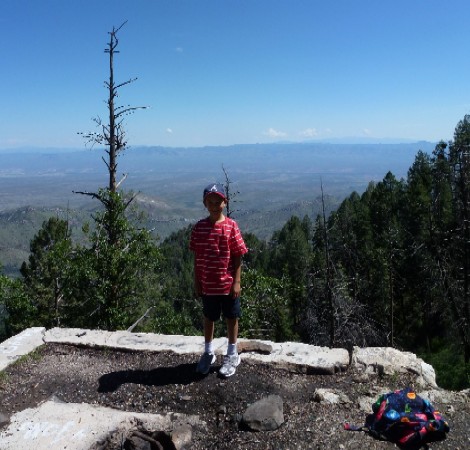 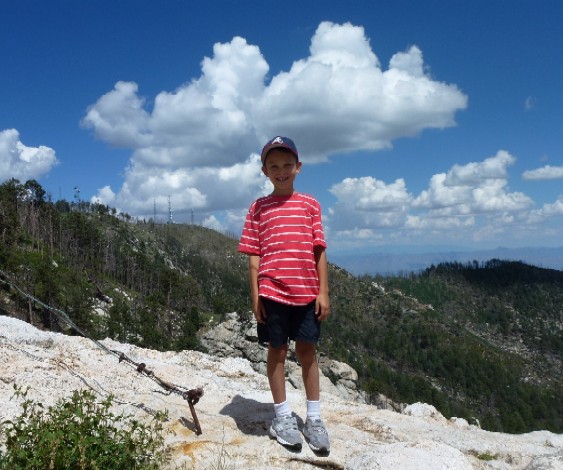 Aaron also got to hike on Mt. Lemmon with Kathy and Liz

Aaron road to the dog park and Breakfast with the Dogs in the Mustang with Garrett and Coco. 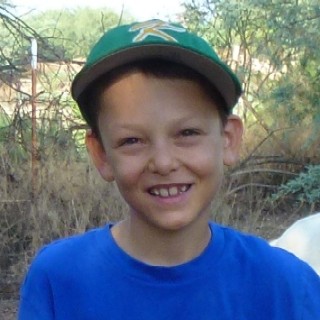 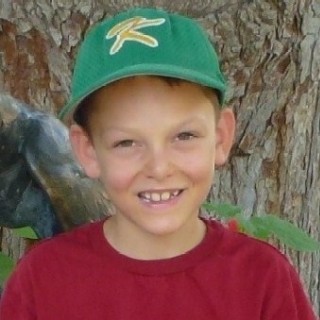 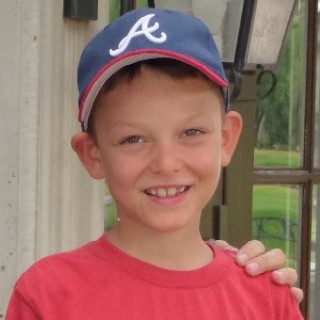 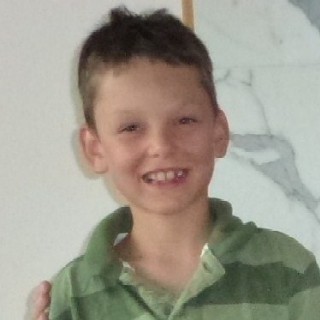 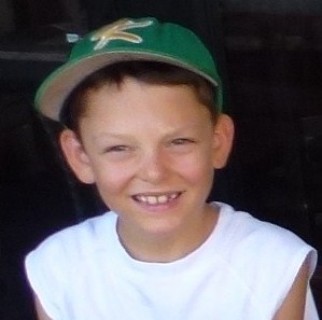 Aaron visited us in Tucson again in December 2012 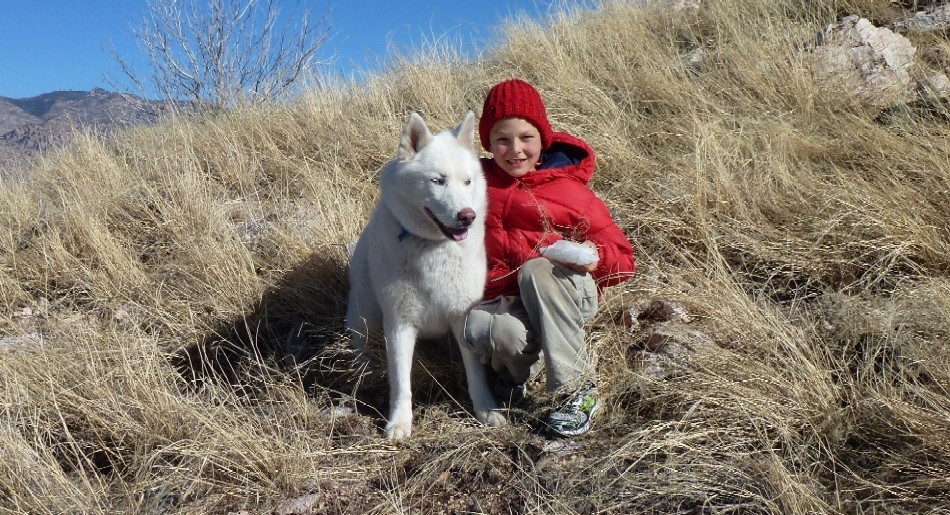 The two pictures above were taken on a hike up to the top of Aqua Caliente Hill with Jasper and Sheba.