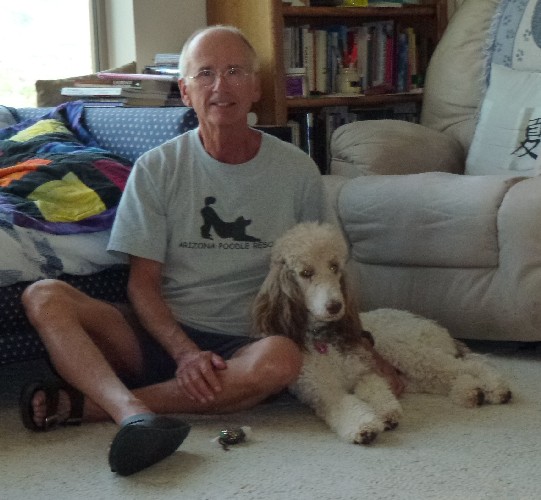 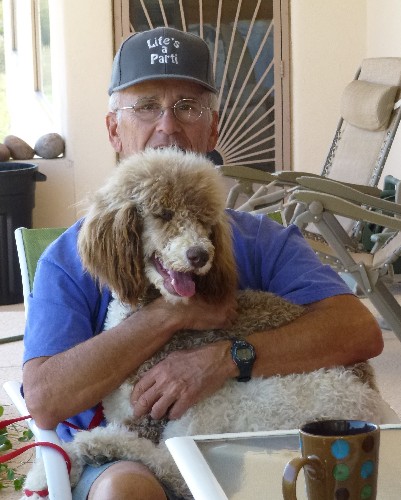 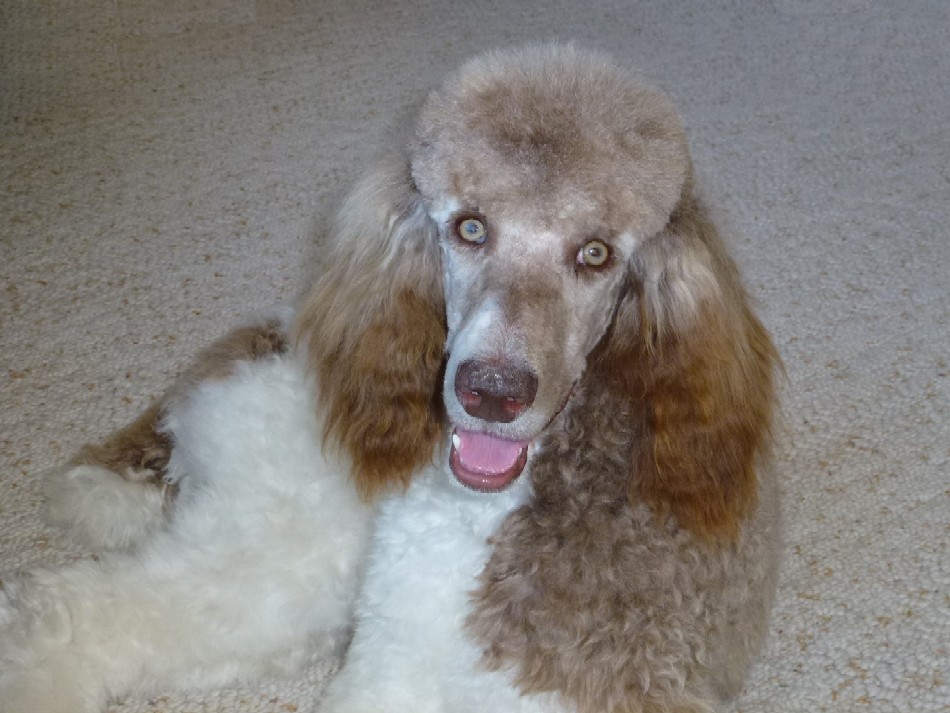 Taken at McDonald Dog Park in May & June, 2012 - courtesy of Max and Larry 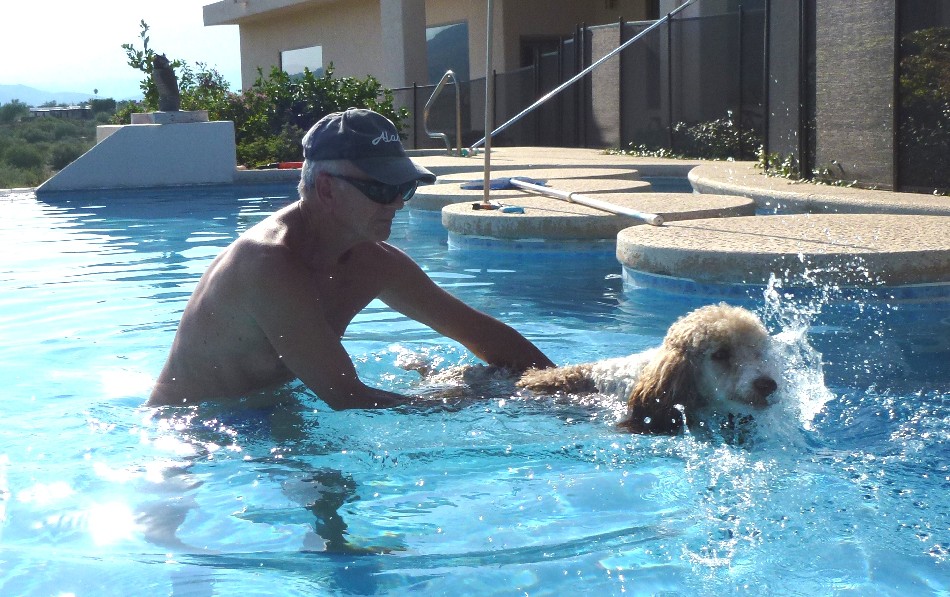 Soon after Coco came to live with us, I carried him into the pool to teach him how to find the steps in order to get out.
He did not seem to be afraid of the water and knew how to swim, but he had no interest in going back in. - - hi res 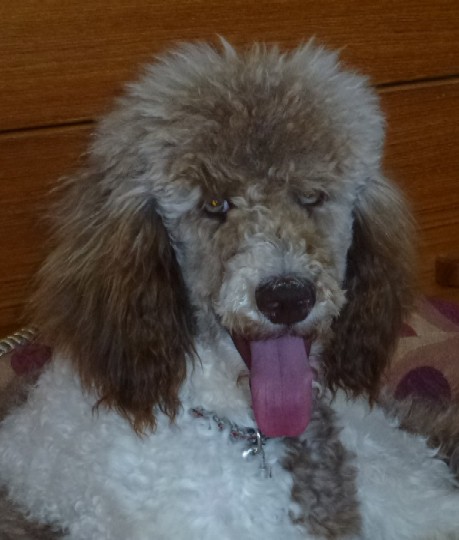 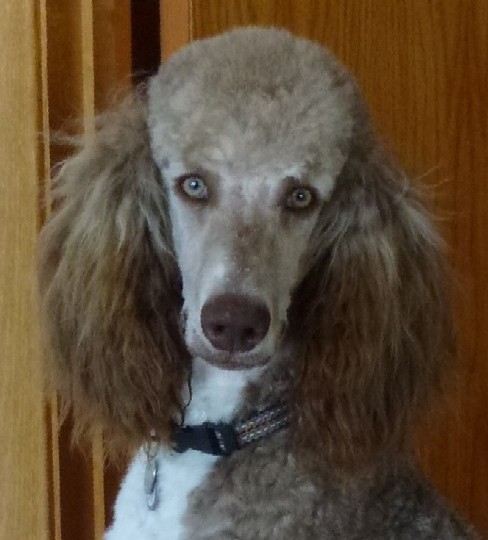 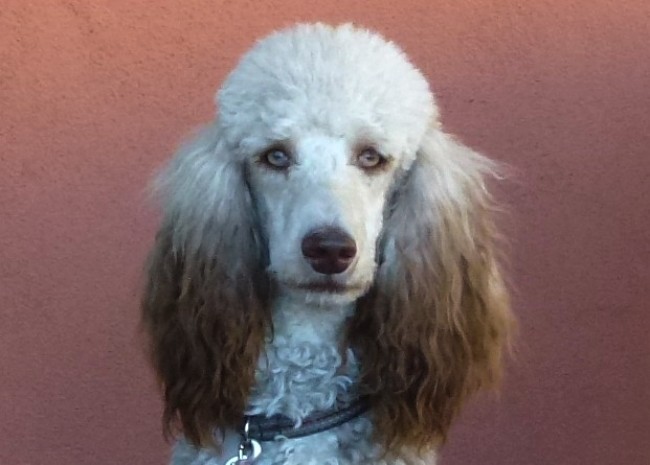 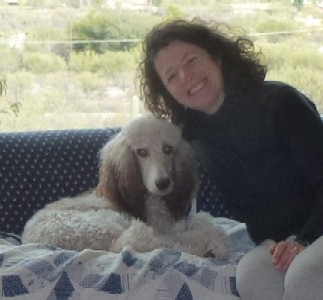 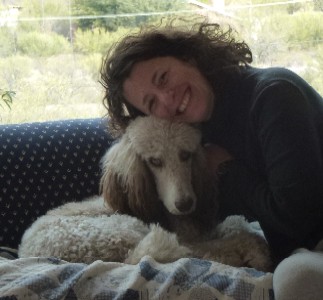 Coco with Tammi in December 2012 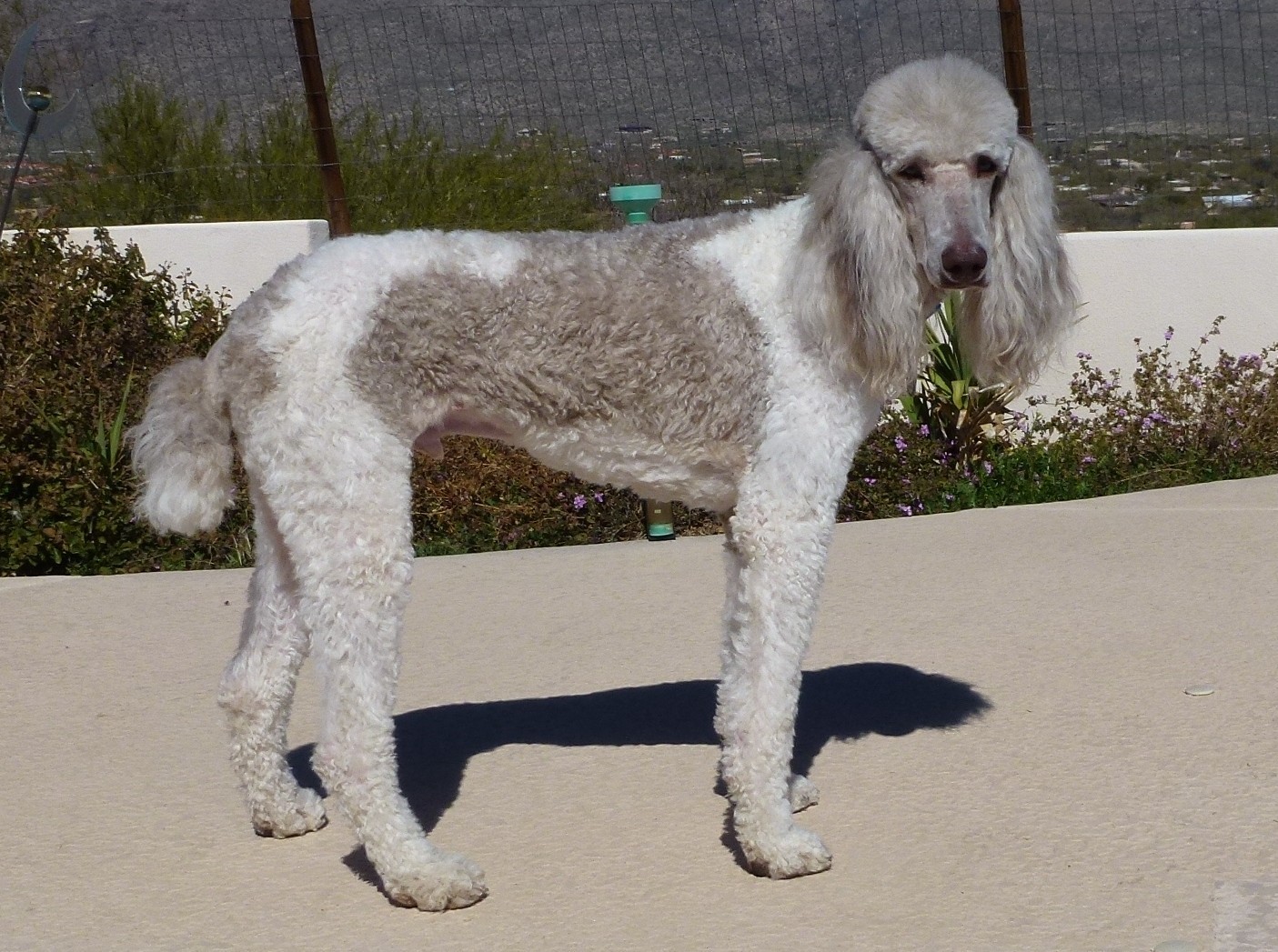 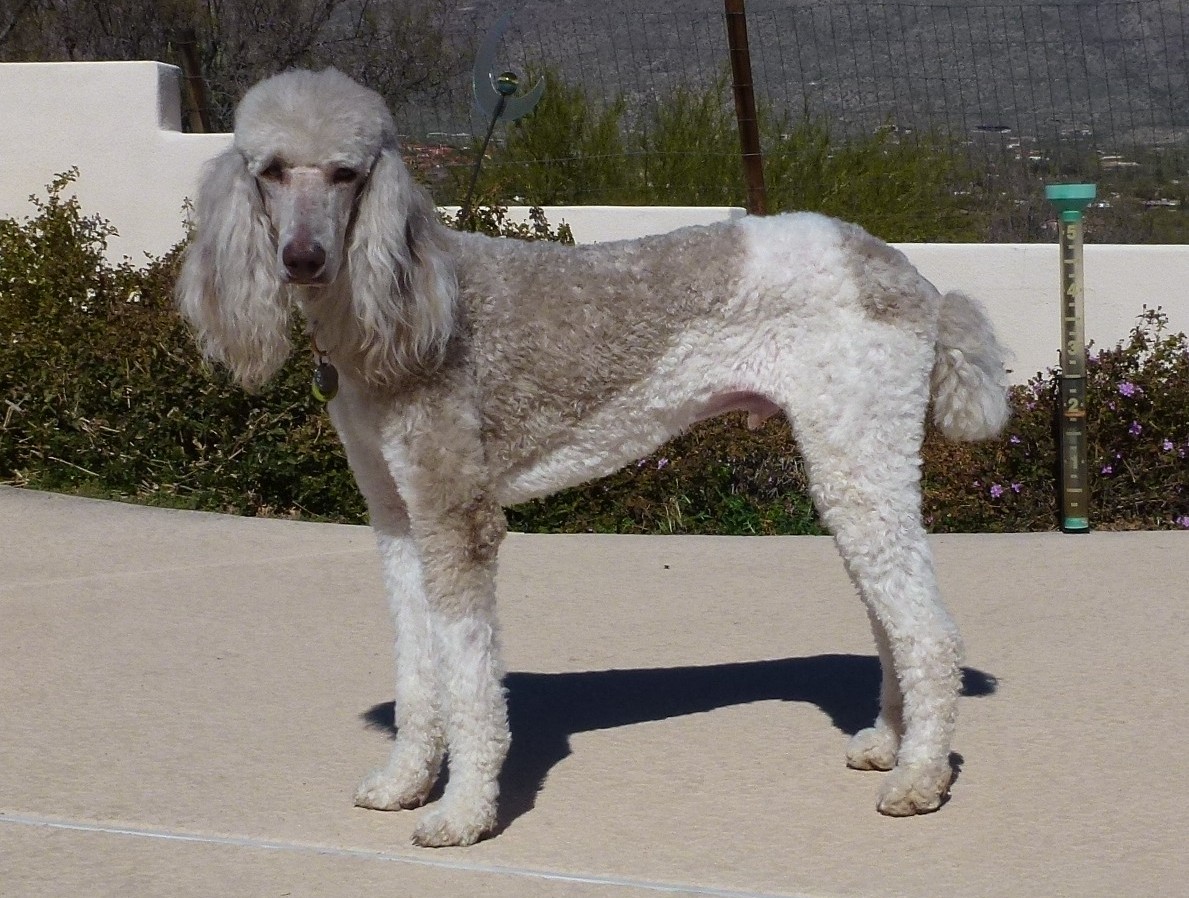 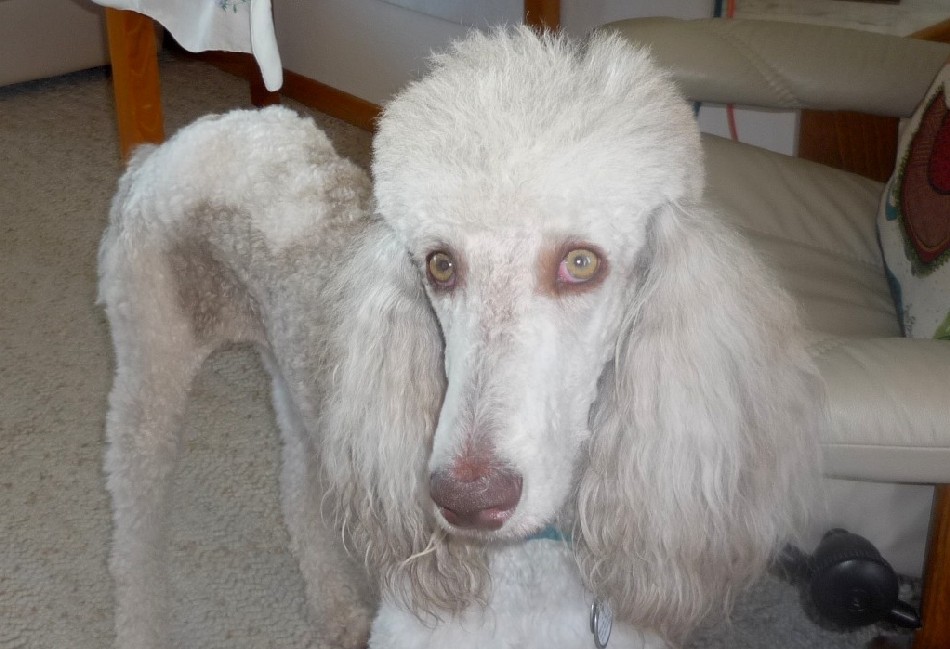 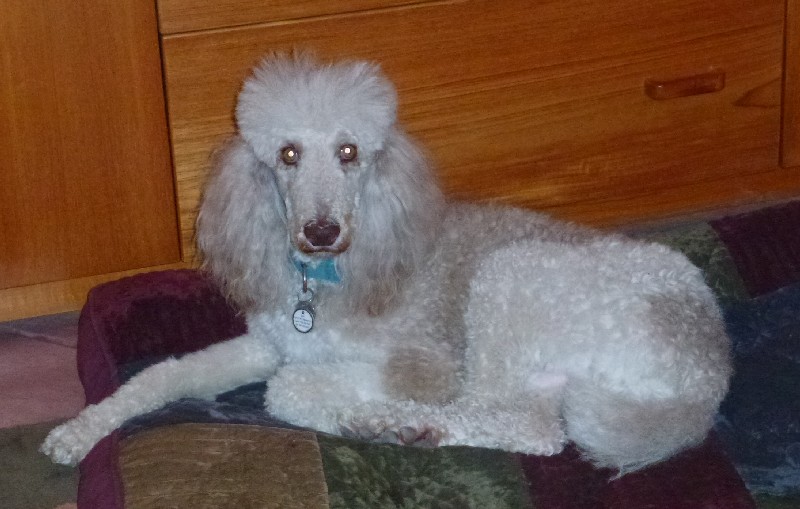 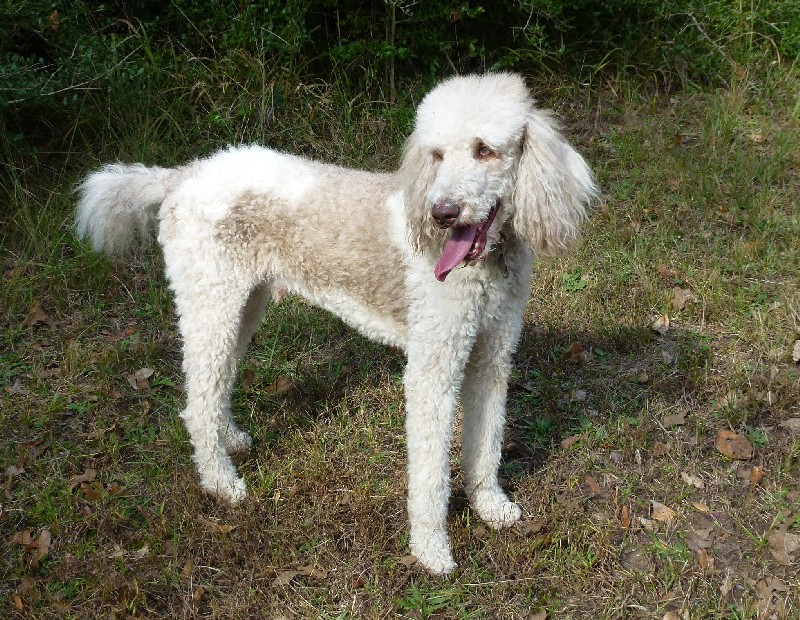 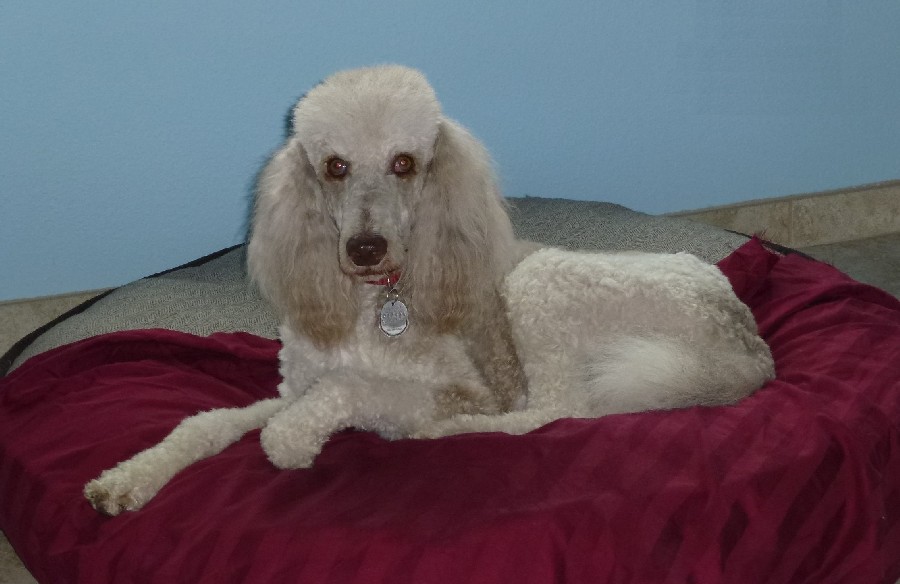 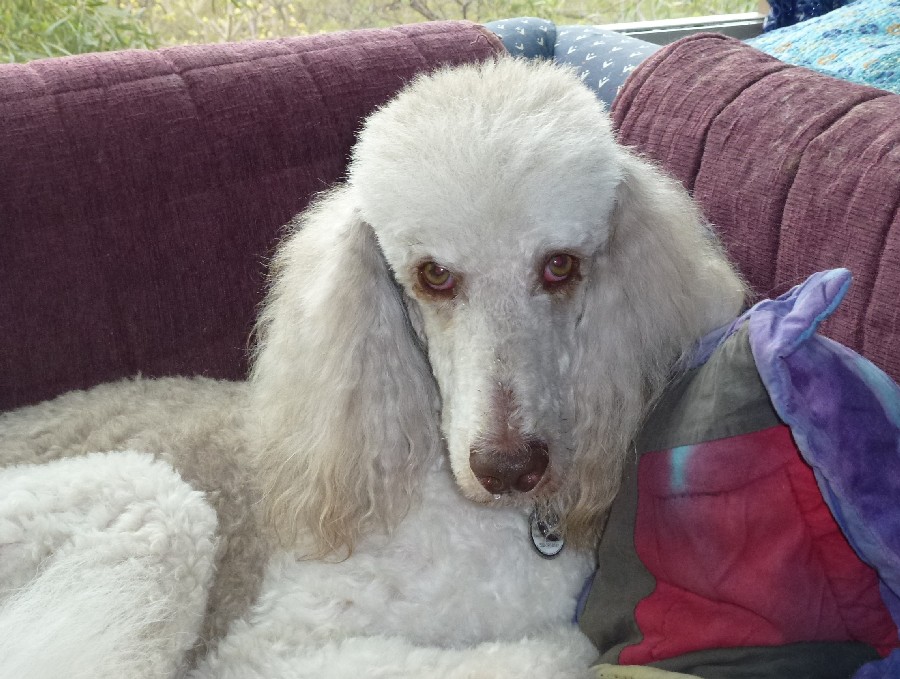 More about Coco
Coco was born on September 19, 2011. He was a rescue and came to live with us in May of 2012. He was surrendered to Lou Murphy at Arizona Poodle Rescue on December 29, 2016 for them to find him a new home. He was fighting with his littermate Cappy and they needed to be separated. Here is the rest of the story. Coco bonded to Garrett immediately after his arrival and to us. He has always been very submissive to Garrett. Coco went to the dog park with Garrett and me every day for about a year. He never was comfortable there, usually avoiding interaction with other dogs. He would sometimes sniff noses with other dogs, but he would not let them sniff his butt. If other dogs pursued him in a playful way he will run away; if they chased after him to play, he would stand his ground, bark and snap at them. He would select certain weaker (younger, smaller) dogs and terrorize them by running by them and barking at the back of their necks. He did for short while have one playmate at the dog park, another standard about his size named Trouper. Coco was extremely bonded to me and had high separation anxiety. He was very shy with other people but has improved over the years and would usually let others pet him. Coco's littermate Cappy came to live with us in February of 2013. Coco and Cappy got along well right from the beginning of their reunion. They did get into arguments occasionally but never anything serious, never drawing blood. Usually, their arguement lasted only a few seconds and they disengaged on their own. Sometimes I would have to yell at them and break in between them with a knee. Coco had wanted to be dominant over Cappy since the beginning. Cappy was always neutral; he had no interest in being dominant but was not submissive either. When Coco tried to dominated Cappy by poking at him or standing over him, Cappy would just stand there and look away. However, if Coco got too aggressive, Cappy would defend himself and Coco would back off. They got along just fine 99 percent of the time. However, if Cappy was disadvantaged, say by my disciplining him or Garrett doing so, Coco would take advantage of that and attack him. In November 2016 while visiting our son in Bryan, Texas, Cappy injured his knee sliding on wet leaves covering a wooden deck. He came running to me yelping and on three legs. Coco attached him viciously, apparently trying to kill him. I got badly injured on the hand while trying to separate them and almost needed surgery. Cappy's leg got reinjured again several times during the next couple of weeks, and Coco tryed to attach him each time. Our vet said that it could take several months for Cappy to heal. We needed to keep Coco and Cappy separated to enable Cappy's leg to heal and to protect him from Coco. We had to keep one of them in a crate or on leash until Coco was taken for rehoming. Coco is shown in Chris's foster care below.


Coco went to live with his new family at the end of January 2017. He now lives in Palm Springs and has a vacation home in Sedona. He gets to travel and be involved in many activities. He also got a new haircut for his new life. Coco is happy and adjusted in his new home. 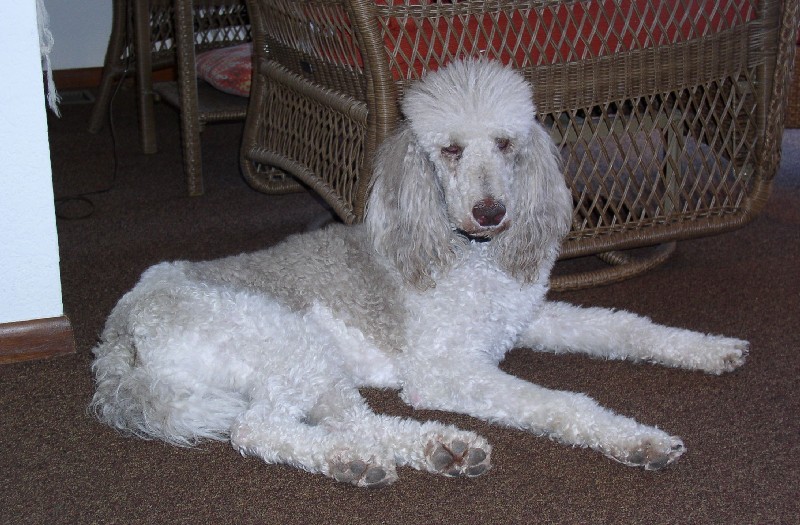 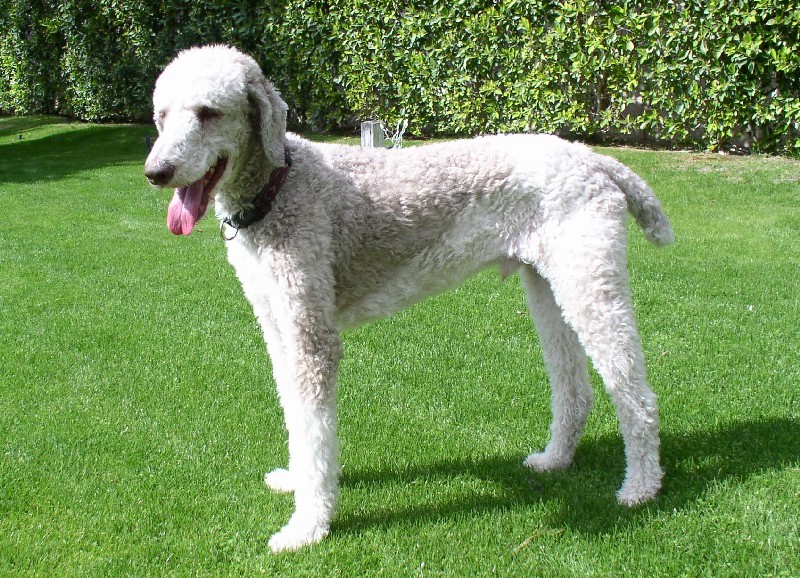 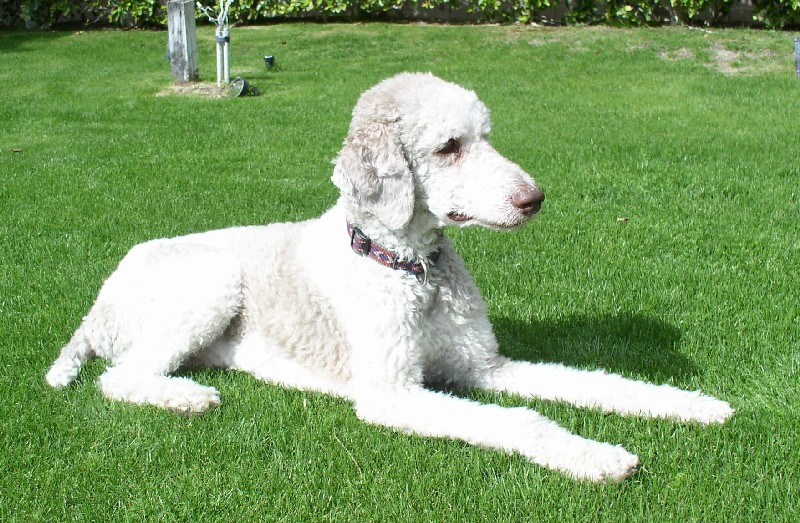 The images below show Gizzy before he came to his new home and became Coco. 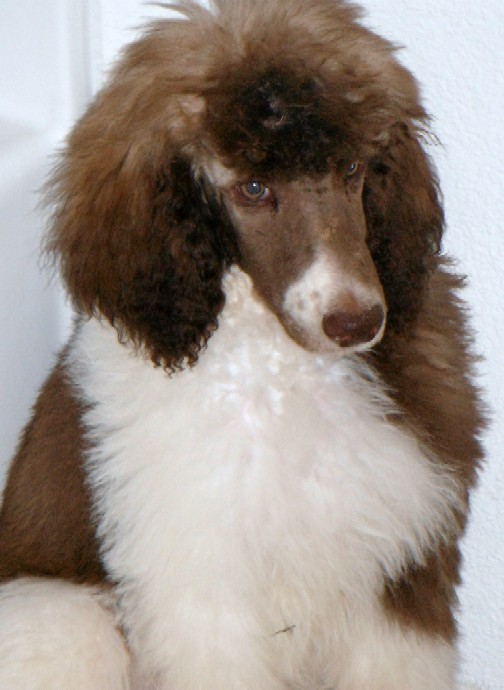 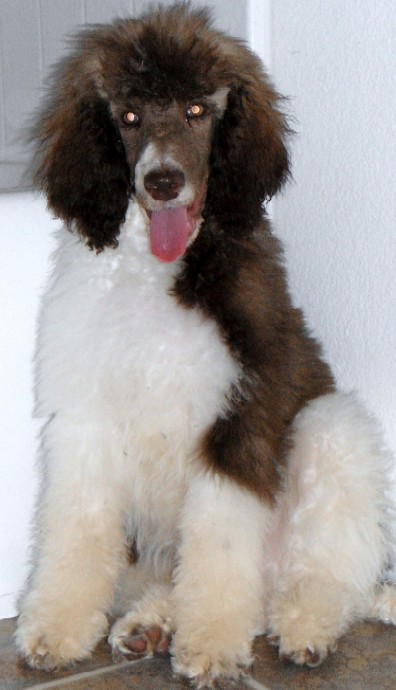 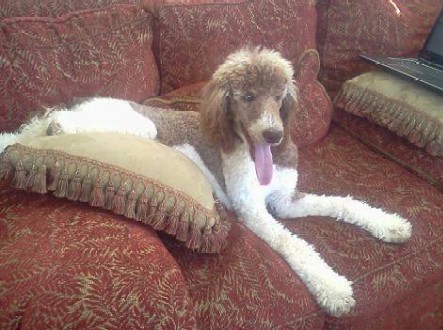 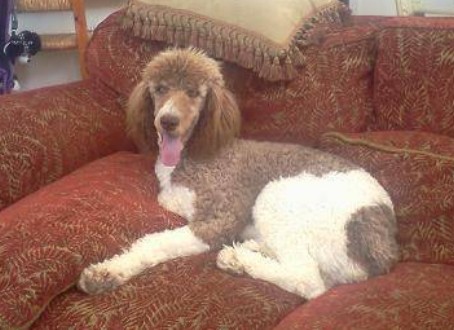 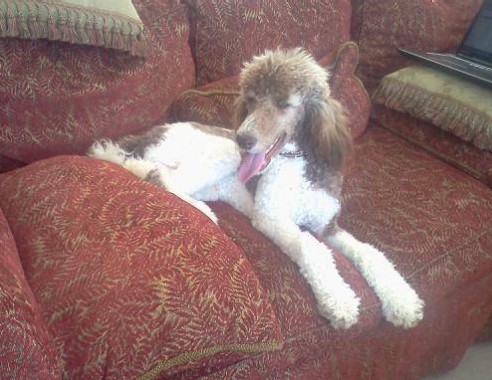 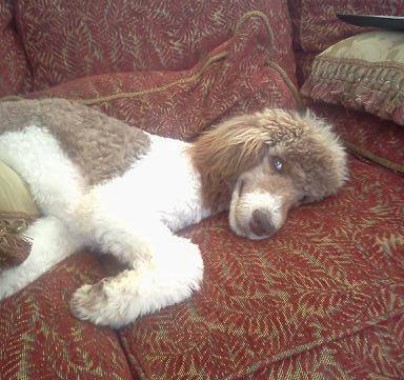 Created by:   Allan@Garon.us Feedback always welcome!   Page created in May 2012