Breakfast with the Dogs on July 22, 2014: The dogs included (clockwise around the table from the left, but some hidden)
Jasper, Sheba, Coco, Cappy, Garrett, Daisy (lower right under the chair) and Sophie. Click on the images for hi res.

In the five pictures above: Jasper, Sophie, Daisy, Sheba and Coco, Cappy (shown) and Garrett 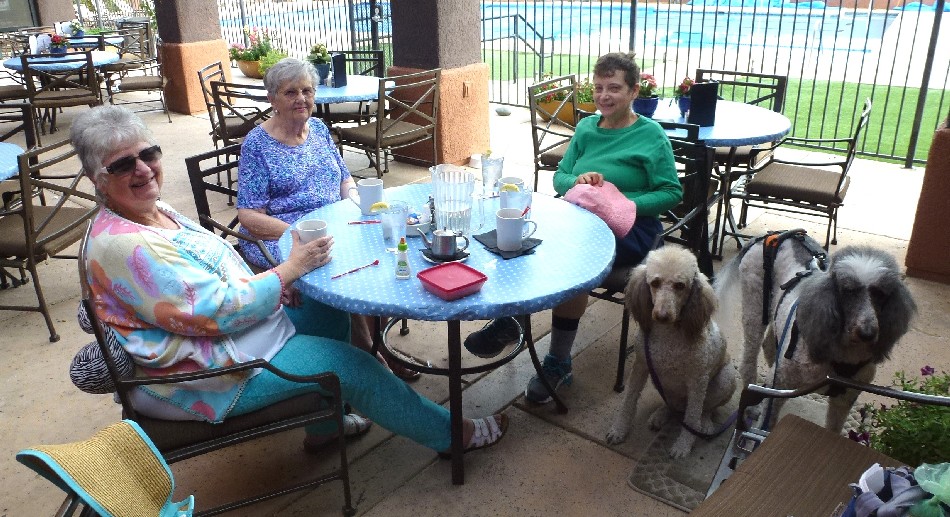